The wild blueberry industry in Nova Scotia began along the South shore and the Acadian shore of the province. The earliest record of wild blueberries being sold commercially was recorded in the 1880’s, in Volgers Cove, Lunenberg for two to five cents per quart! One of the first festivals celebrating wild blueberry harvest was held in Yarmouth in September in 1888. Businessmen paid pickers to harvest the berries off the wild barrens. The berries were packed and shipped to Boston. The blueberry export industry was born with Boston providing a good market for wild blueberries from Nova Scotia.

In the 1940s, frozen blueberries began to outstrip the shipments of fresh berries. Also, rail service allowed more communities to begin harvesting and exporting berries as they did not need to be near a dock to ship. Over the past 50 years, with the development of new agricultural and management methods and improvements in processing, shipping, and marketing, a commercial wild blueberry industry has grown from a small local fresh market to become a significant frozen food export business.

Currently, the province sells product within Canada and in addition exports frozen wild blueberries all over the world. Nova Scotia’s production of wild blueberries is over 65 million pounds annually! 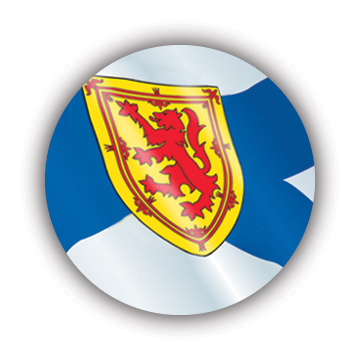 The wild blueberry was declared the Provincial Berry of Nova Scotia by an Act of the House of Assembly on January 11, 1996.

Oxford Nova Scotia is recognized as the blueberry capital of Canada!